My cycling journey: Couch to 100km) Every morning while on the school bus, I used to see cyclists in bright jerseys and sexy bikes riding on Delhi roads. I used to admire watching them from the comfort of my bus seat, but little did I know back then that I, too, would be one of them 4-5 years down the road.

Fast forward to the COVID lockdown – I used to witness innumerable cyclists, and feeling somewhat incited (and also after being pushed by my friend to get my cycle repaired :-P), I finally decided to go on a ride after over 5 years. In the following weeks, I explored Noida a bit, and TBH, every flyover climb seemed to kill me from the inside, forcing me to take a break after every 1-2 km. But the cycling bug had already bit me by this time, and soon I purchased my new MTB bike, completely unaware of the adventures I would be having with it.

Slowly and gradually, I began to do 30-40 km rides and even completed my first 50km on a ride to Qutub Minar (also faced my first puncture in that trip (ಥ︠ ᴗ ︡ಥ)). After each ride, the feeling of optimism and contentment was like a strong propelling force, making me pedal harder and longer. The greetings and smiles from random fellow cyclists while on rides used to thrill me and I felt motivated by this.

Finally, after around 3 months of solo riding, I decided to go for my first group ride. It was a ride till Chandni Chowk with NCC. Riding in a group felt a lot different than solo riding in many ways. I used the opportunity to ask fellow riders several questions, and as luck would have it, I met with Vijay Sir, who introduced me to the wonderful TTR family!

I always doubted whether cycling groups would be welcoming or open enough towards an introvert, newbie like me. But thankfully, the TTR group proved me wrong. I felt a connection with them from my very first ride which was till Mysore Café. After multiple daily morning rides with the group, I gradually improved my physical ability, and more importantly learnt that it is the mental strength, willingness and not the physical strength that is required for ultra-long rides. From which accessories to buy to knowledge about BRMs, from delicious eateries in Delhi to becoming a better rider, I learned innumerable things from them.

I was looking forward to my maiden century ride to Leopard Hills on 16th January 2021. All things were ready to be packed for the ride and the excitement was such that I could barely sleep the night before. 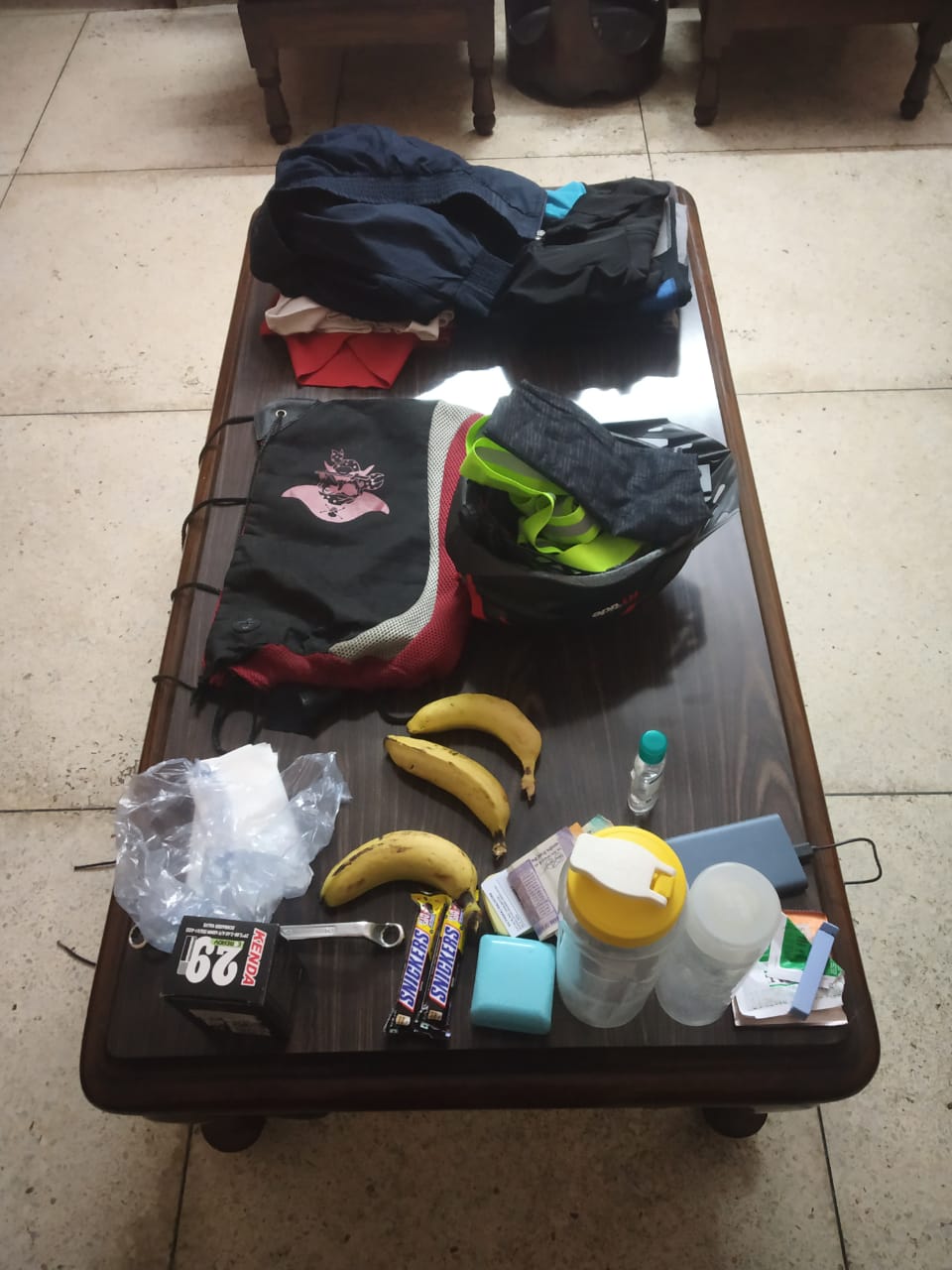 But to my dismay, the ride was postponed to next weekend due to heavy fog. The following week felt very long. Finally, Sunday came, and we set off early morning. The ride felt very long and tiring. The only thing pushing me was to catch up with everyone else riding quite ahead of me. Chit-chatting with fellow riders along the way helped immensely and soon, we reached our destination. We refueled our tummies with paranthas and jalebis and they were inarguably some of the best I had ever had. Hours passed by like minutes with all the gossips and soon we began the journey back. 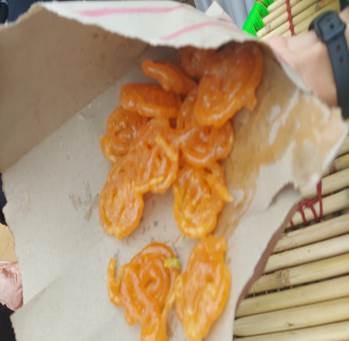 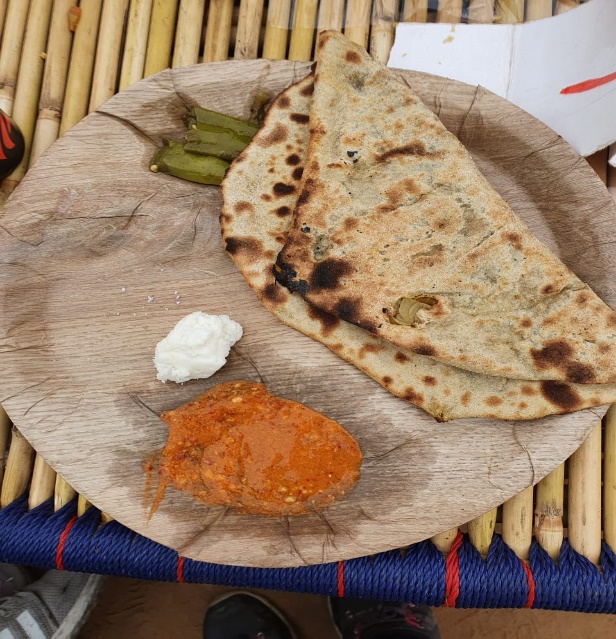 The ride back was quite difficult for me, mainly due to exhaustion and drowsiness after the heavy meal. But the excitement for seeing the 100 km distance mark on Strava kept me in high spirits.

And also, as they say, ‘When the going gets tough, the tough get going’, I continued to pedal, disregarding my sore legs and butt.

My heart started to beat faster as I approached the 100km mark. Finally, 100 km was completed (with a decent average speed of 25.1 kmph) and I was full of emotions, not knowing how to react. The feeling was a blend of proudness and euphoria, something that I had never felt before. I will treasure the memories and experience forever. 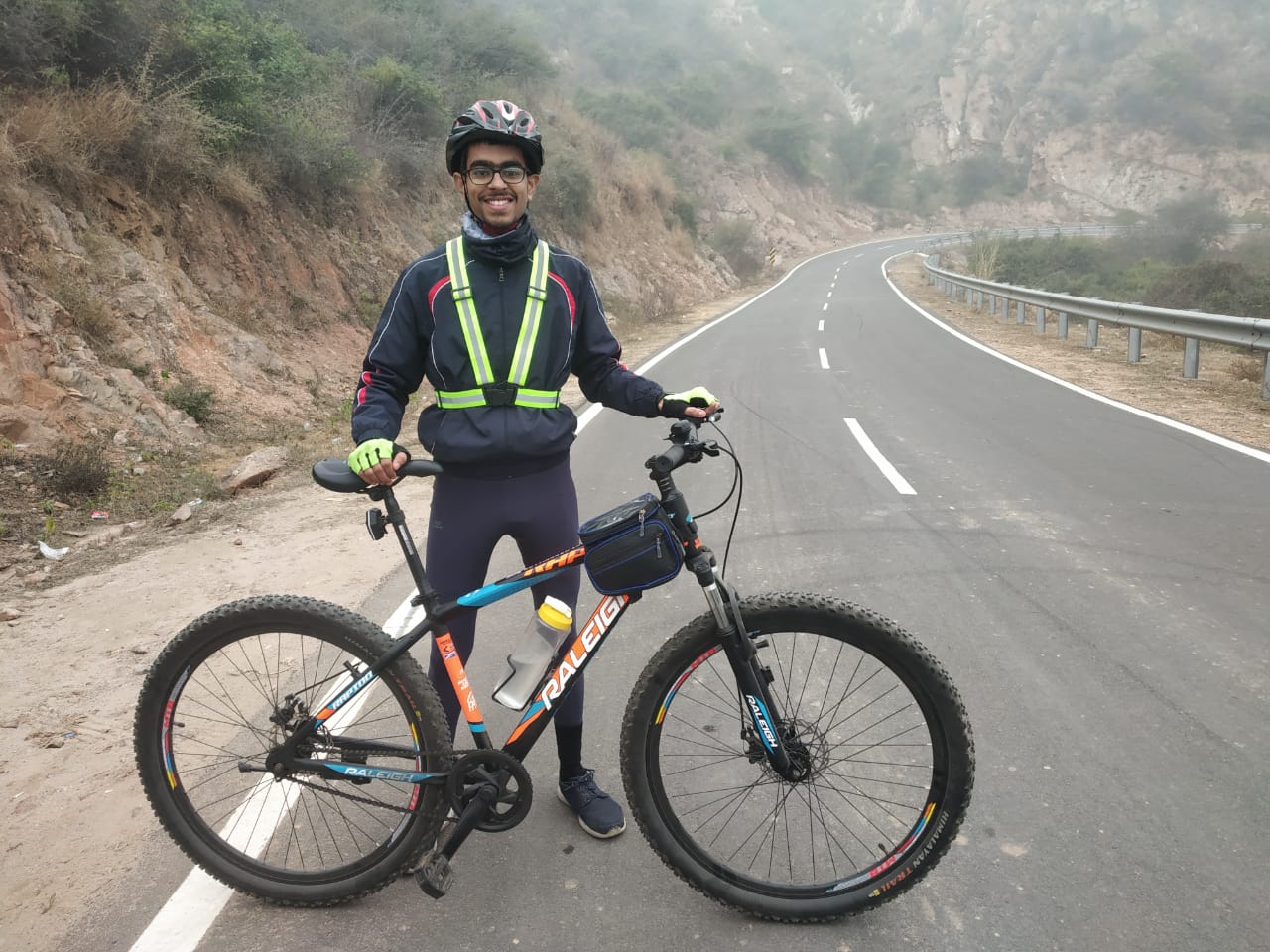 A big thanks to all co-riders without whom I wouldn’t have been able to complete the ride. The mental support and motivation received from everyone was the game-changer for a newbie like me. 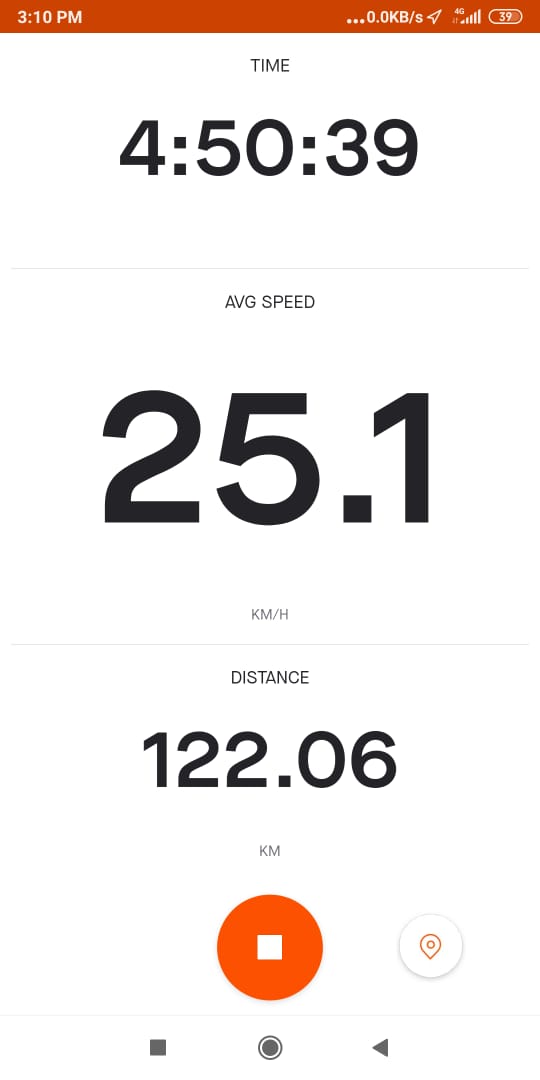 Looking back now, the past few months of cycling have been somewhat painful for my butt and legs (quite a lot TBH (•︠ ﹏ ︡•)), but I have realized that I am much more happy, optimistic and self-satisfied now. It feels like I have found the missing element of life that I was in search of.

Here is a quote with which I want to conclude this blog:

I am and forever will be deeply obliged to the love, kindness and guidance received from TTR family. Thank you for pushing me to pedal harder on each ride and for the amazing company, making time and distance fly by faster. Looking forward to explore many more places and eateries with everyone!